Canadians and art lovers are mourning the death of a great painter in Alex Colville, but his children are feeling the loss of a wonderful father.

Know who the Group of Seven is? The group's work is among fine Canadian art up for auction in Vancouver | CBC News

A Lawren Harris painting at an Heffel art auction in Vancouver is expected to start at a bid of $1.2 million despite some locals struggling to name a single artist from Canada's iconic Group of Seven. 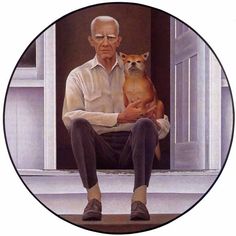 Woman and Terrier, 1963 Canadian icon Alex Colville died on Tuesday at his home in Wolfville, Nova Scotia. He was 92. In a 2003 interview Colville told The Chronicle Herald: "My family has been my principle interest - including dogs... 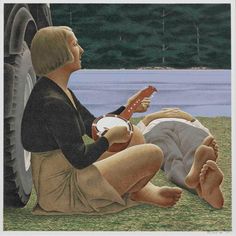 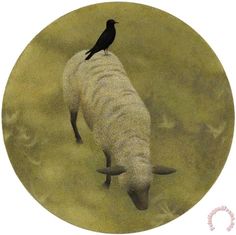 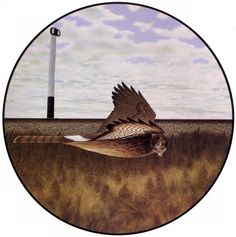 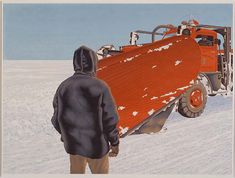 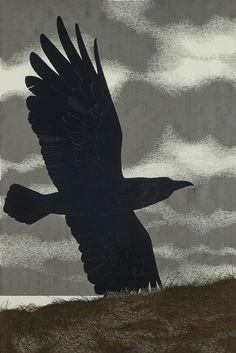 David Alexander Colville, painter (born 24 Aug 1920 in Toronto, Ontario died 16 July 2013 in Wolfville, Nova Scotia). Alex Colville moved with his family to Amherst, NS, in 1929 and studied at Mount Allison (1938-42). On graduating he joined the army and in 1944 was sent to Europe as a war artist. He returned to Canada late in 1945 and worked in Ottawa on paintings based on his European sketches and watercolours until his demobilization in 1946. 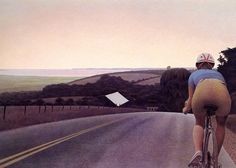 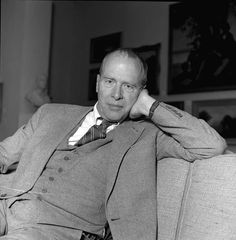 Portrait of artist Alex Colville taken at the AGO prior to his 1983 exhibition 'Alex Colville: A Retrospective.' 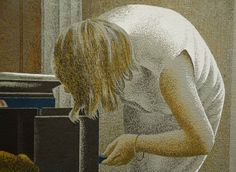 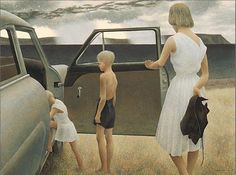 Seven Crows Hound in Field, 1958 The Canadian painter Alex Colville was born in Toronto, Ontario, in 1920. He studied painting at Mount ...

One of Canada’s most beloved modern-day artists, Alex Colville, has died. “He died peacefully at home in Wolfville (Tuesday) at the age of 92,” Colville’s oldest son Graham said during a brief telephone interview Tuesday night. The family also announced their father’s passing on his website. Colville was born in Toronto and moved to Amherst in 1929 and would spend about half of his life in Nova Scotia.