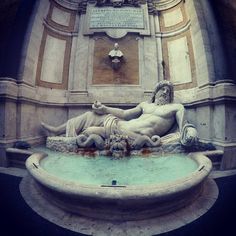 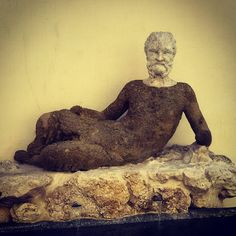 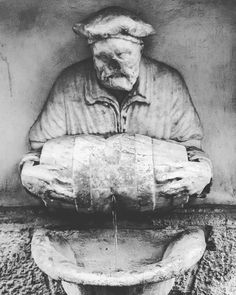 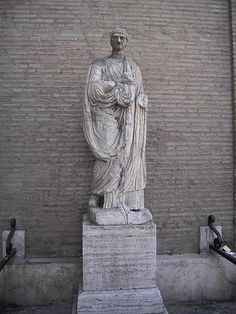 Abbot Luigi - The statue is a late Roman sculpture of a standing man in a toga. Named for an abbot from the nearby Chiesa del Sudario 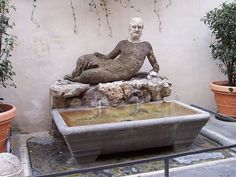 The Baboon - Silenus: a character in Roman mythology, half man, half goat, called the baboon by the Romans because they considered it ugly and deformed 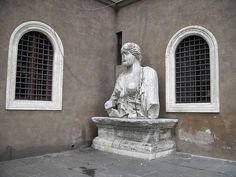 Madama Lucrezia - The only female talking statue - Probably Isis named after Lucrezia d'Alagno, who once owned the statue 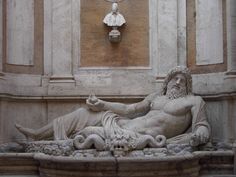 Marphorius is a large 1st century Roman marble sculpture of a reclining bearded God probably of a River or of a Sea. The name is a corruption of mare in foro - "the sea in the forum". 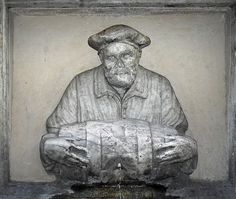 The Porter - 1580 - The only talking statue of "modern time". It depicts an "acquarolo", a man who would take water from the Tiber to sell on the streets of Rome during the period before the Roman aqueducts were repaired at the orders of the Popes and the public fountains played again 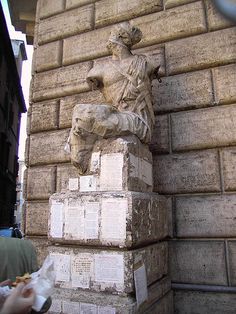 Pasquino - The first talking statue is a damaged piece of sculture found in 1501 and represents Menelaus, husband of Helen of Troy holding the body of Patroclus (Iliad)